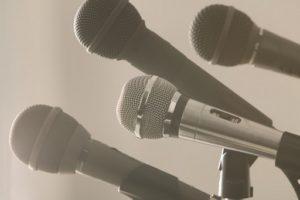 The events of last week – from the terrifying explosions at the Boston Marathon to the devastating fertilizer plant explosion in Texas were defined by chaos, a lack of clarity about what happened and why, and enormous amounts of misinformation.  Spokesperson training may have paid off here, because there were moments of complete messaging clarity from those called upon to communicate to the world.  Their example illustrates the power of a good spokesperson in delivering effective communications.

Within a few brief hours of the West, Texas, fertilizer plant blast, D.L. Wilson of the Department of Public Safety, who appeared on CNN and other outlets, knew what he wanted to say and said it:  1) We’re doing everything we can to keep more people from being hurt; keep away to stay safe.  2) No more help is needed; emergency responders from hundreds of miles away are already at work.  3) There are fatalities and many casualties, and the number is likely to grow.  4) The debris field looks like “Iraq or the Murrah Building in Oklahoma City.”  All of this was made clear in less than 90 seconds.

Contrast that with a hard start “briefing” from a Waco Police Department spokesman the following morning, in which precious air time was devoted to such things as why he was selected to speak, who would speak later, what wouldn’t be said, and the timing of future briefings.  Granted, he might not have had much new to say, but the matters he led with aren’t at all important to a national audience, when many might be just waking up and catching up.

The fact of the spokesperson

You can argue about whether media producers should put that kind of briefing on the air live at all.  But the reality is, when bad things happen, people have access to a 24-hour news cycle and moment-by-moment social media updates.  When someone in authority has the chance to speak, often under dire conditions, that spokesperson must have a command of their subject matter and say it succinctly.  Without that, misinformation takes over.

How to do you do it right?  Here are just a few of the tips we use in coaching to become an effective spokesperson:

Getting it right the first time

Here’s where the value of a good spokesperson really kicks in.  To take issue with an opinion piece written by Paul Farhi in The Washington Post, reporting mistakes do matter.  They’re not less consequential simply because they can be corrected faster.  If you don’t get it right to start with, too many people leave the screen to talk – yes, actually talk – about the supposed facts come to light.  They also text and post and tweet.  And that not only spreads bad information, but, especially in the early hours after a calamity, impresses it on memory cells with an emotional impact that is difficult to erase.  A good spokesperson can break the chain of distortion, and even deception.

And if you think those first few minutes don’t count, look at what happened when the @AP Associated Press Twitter feed was hacked with an erroneous report of White House explosions that injured the president.  The stock market fluttered.  And even though it quickly recovered, untold damage to individual accounts may have been done in those brief moments of trading.

A word of thanks

Kudos to the officials last week who spoke with concise clarity, composure, and compassion in the midst of tragedy.  Their confidence and their skill reassured us that – even though too many people were suffering – the sky was not falling.  We can turn to them in the future for best practices and good examples of how to do it well.  Do you have other stories of spokespeople who made a difference?