When Public Relations People Try to Control Too Much 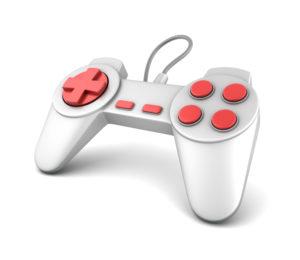 This headline PR Woes: When Access Isn’t Worth It on a recent post on Media Bistro’s Fishbowl DC was too compelling to resist.   Contributing writer Eddie Scarry was lamenting the demise of a connection between a publicist who invited him to a screening of The Paperboy and then told him he would be banned from future screenings because Scarry had written negatively about the film.   The publicist’s action raised his hackles and mine as well.

Effective public relations is a delicate dance between telling the story that you want told and the story that others believe and want to tell about you.  Hopefully, they are in sync but many times they are not.

Whenever you invite the media or for that matter any external group—clients, donors, community leaders—to an event or to look at what you are doing, there is always the risk that they might not agree with you or like your product or your perspective or your cause. In today’s networked and social environment, public relations isn’t about controlling and spinning as much as it is about engaging in meaningful and productive conversations.   If your expectation is that when you invite in the media or bloggers, that they’ll write what you want, rethink your strategy. Getting your message in the media exactly as you want it is called advertising.

The reason media coverage still is effective is because, at its best, it offers an outside and independent view of your company or organization.  When PR folks try to control too much it often backfires.  In the case of this publicist, not only did she get a bad review of her client’s film but then a blog post that further undermines her credibility and makes her look childish.  There are two sides to the story, of course, and it would be interesting to hear her side.  However, from what I’ve read, she might have been better off expressing her displeasure, noting what she thought was unfair and engaging in a conversation with the writer instead of banning him from future events.

Nobody likes negative press and many times it is undeserved.  But it does come with the territory. A democracy needs a healthy and robust Fourth Estate even if we don’t always like what they write.   As public relations and communications professionals, our goal is to help our clients be heard and understood by the people they wish to engage. That requires building relationships, creating a give and take, and developing a thick skin.