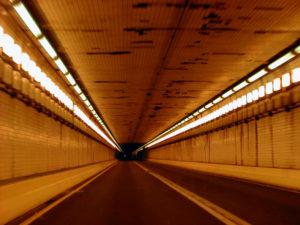 A recent article in the Washington Post about the summer drama over the ouster and then reinstatement of University of Virginia (UVA) President Teresa Sullivan detailed the effort of Rector Helen Dragas to put a positive public face on this action.  Ms. Dragas hired three PR firms in succession to conduct crisis communications and response, try to quell the anger over Sullivan’s firing, spending at least $250,000 in the process.  It didn’t work—not necessarily because of bad PR counsel but because tunnel vision led to a poorly thought-through strategy and execution.

Executives and managers often fall prey to tunnel vision, seeing their proposed new policy, personnel change, or new product through their own lens, rationale, and experience.  To be successful, however, requires an understanding of how your actions will be viewed by others.   One of the most important jobs of public relations and communications people is to bring the outside in, and to help management see the world through the lens of the various stakeholders—in effect, to see outside and beyond the tunnel. Ignoring that counsel, whether from an in-house or outside PR firm, can have grave consequences, as Ms. Dragas and the UVA Board of Directors painfully learned.

Just because there will be a negative reaction doesn’t mean that leadership shouldn’t make a decision or take action; rather, an organization has to expect and be prepared for blowback.  IN the case of UVA, the university leadership misjudged the severity and longevity of the reaction, believing that any bad feeling would blow over in a few days.  The Post article exposed how poorly prepared the university really was to deal with the ensuing crisis.

So what should organizations do to mitigate a potential or current crisis?

1. Make sure the PR folks are involved in the beginning.

Don’t call them in when you are ready to issue the release and tell them you want to “spin.”  By then, it’s often too late.  Skilled communications professionals will ask the hard questions and play devil’s advocate, which can be very helpful in shaping the direction of an action.  As I advise my clients, think about all the things you aren’t thinking about now—that is, the things that can go wrong—so we can prepare.

Having the communications folks at the table is a great start; however, if you ignore their advice you do yourself and your organization a disservice.  Their job shouldn’t be to tell you what you want to hear, but what you need to hear.  You may still decide to move forward, but at least you’re prepared for a possible adverse reaction.

3. Have a communications plan that outlines how you are going to share information.

The plan should identify key audiences, and the sequencing and means of reaching out to them.  When a big change is in the offing, it’s important to let major donors/investors and affected parties know that something is happening in advance—even if it’s a few minutes before the news release goes out.  The heads-up sends a message that you respect and value them.  And your key influencers can help tell your side of the story, if they understand it.

Clarify and understand what you are doing, why you are doing it, and what the benefit/risk/challenge is to your various stakeholders.  Don’t try to hide behind compound sentences and euphemisms.

5.  Communicate using the means most effective for your audiences.

Far too many companies and organizations rely only on email.  Don’t forget about the telephone or personal meetings—especially in sensitive situations.

Keep communicating with your stakeholders even if it is only to say you don’t have any more information.  Silence sends a negative message either that you don’t care or that you have something to hide.

Remember that communications is a two-way street, and nowhere is that more important than in any effort to mitigate tunnel vision.  Get good counsel early.  Be clear about what you are saying.  And have a good, sequenced, plan.  But also be open from the start to what others—especially your key stakeholders and audiences—are saying.  Good listening is one of the surest ways to promote “public relations,” in the truest sense of the words, and foster a wider, and much more effective, vision.