Spokesperson Training: Spokes-Disasters and How to Avoid Them 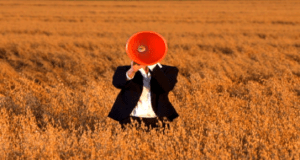 Let’s face it, if you are like most people, you’d rather get a root canal than have to stand up and speak in front of group.  And with good reason.  Absent effective spokesperson training, a nervous misstep can cost you a client, cause a deal to go south or create a social media firestorm from which it is hard to recover.

As I wrote in this blog post for the Washington Business Journal recently:

If ever there was a spokesperson malfunction it was Miss Utah’s response to a question on gender inequality and lower pay for women in the final moments of the Miss USA Pageant recently. She needed some communications coaching in a big way after talking about the need to “create education better” and that men are the leaders of this and other incoherence.  Any one who speaks before a crowd, whether it’s an internal meeting of 10 or a keynote address to hundreds, could feel the pain of her fumble which ultimately cost her the crown.

Public speaking is the number one fear of Americans ahead of death, according to a 2012 survey by the National Institute of Mental Health. And it is that fear that tends to do speakers in, causing them to freeze, misspeak or stumble.  As Jean Miller, a professor of communications at George Washington University who for 20 years has led speaker training for women for the Capital Speakers Club in DC notes, “Butterflies are ok.  You just want those butterflies to fly in formation.”

So don’t be Miss Utah. Read this post for more some practical tips on how to get your butterflies to fly in formation and be a better public speaker.