Word Mongering: How NOT to Get Anything Written 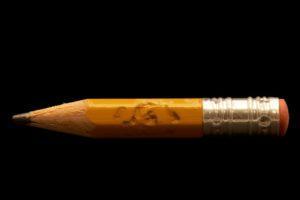 Several years ago, while working with a client — who shall remain nameless to protect the not-so-innocent — I found myself stuck in word-mongering hell.  As told in the Huffington Post this week, we were drafting an op-ed piece for a major metropolitan daily about a timely subject.  Rather than focusing on big issues like content, the client kept making minor changes, like replacing the word “use” with “utilize.” The back-and-forth was maddening — a slow death by a thousand paper cuts.  By the time we finished “editing” the op-ed piece, we had missed our window of opportunity. All that time and effort was wasted.

Word-mongering, as I like to call it, is the practice of editorial mastication.  All too often this is called wordsmithing, which actually refers to someone who has specific skill with words. Word-mongering, on the other hand, is a nagging talent aimed at avoidance.  Whether it’s for a memo, an editorial piece, or an internal report, good writing for business involves putting a stake in the ground to state a position in the clearest and most compelling way possible.

When people spend hours and hours playing with the red pen or the edit function in Word, it’s often because they don’t want to own a particular direction or point of view, one which may be posited by another person or group entirely. The continuous updates offer a way to avoid dealing with the real issues that involve true intellectual wrestling over a position or opinion.  Word-mongering can also be a way to exert control, to make sure that the persons doing the editing leave their stamp.

To be sure, editing and proofing when writing for business is crucial, because it’s tough to edit your own work.  And when that editing is constructive, it can make a document so much better.   But when you find yourself on draft 14, changing “the” to “a,” you are probably in trouble.

How do you avoid being a word-monger?

Do the changes you are making correct inaccuracies or bad information?  If not, think twice before you keystroke.

Ask yourself if the sentences you want to change are unclear or hard to understand.  If so, change may be warranted. If the thought is clear, but just not the way you would say it, leave it alone.

Do you feel compelled to replace a simple word with a jargon-y one? Or did you just feel the need to add syllables? If the meaning is clear, resist.

Take a hard look at what the writer really wants to say and why.  Does the edit you want to make enhance the meaning?  Would the edit you make clarify the writer’s attitude or cloud it?

Listen to the voice.

Here’s the tough part.  Being a good editor means to listen to the voice — not in your head — but in the writer’s head.  What is she or he trying to say and did they articulate it in language that can be understood? Even if you think your word choice or phrasing order might be more powerful or compelling, are you simply trying to make your mark?

Have something to contribute?  Make the change and leave it alone.  Nothing wastes more energy and angst than a back-and-forth comment-by-comment set of blows over issues like starting a sentence with “and.”

Being a good editor takes skill and attention to detail. Being a great editor adds a substantial dollop of discretion.  Let’s leave the word-mongering to the amateurs.