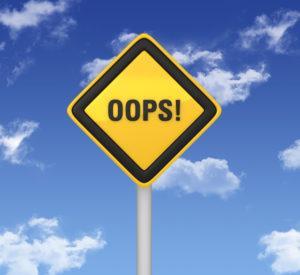 Now is the season of resolutions, the promises that we will make to do better.  As PR and communications professionals, I hope we will all resolve not to do stupid PR, the cheap tricks in order to get attention for our clients.   This post, a version of which also appeared on Huffington Post, offers some tips to avoid some of the dumb practices that give our profession a bad rap.

The year 2014 saw its share of PR blunders.  From the fashion world, we had the bloody-looking Kent State sweatshirt from Urban Outfitters and the Zara tee with the gold star that looked like a concentration camp uniform.  From Malaysian Airways, the airline that had one airplane disappear and another shot down, there was the “bucket list of places to go before you die” campaign.  And from the world of frozen food, there was the DiGiorno’s Pizza fiasco when brand managers decided to play off a #whyIstayed Twitter hashtag.  Amid all the responses to the NFL’s domestic violence scandals, the “#whyIstayed You had pizza” tweet caused the company some considerable public relations heartburn.

Are the people behind these PR blunders stupid?  Probably not.  But they are rushed, thoughtless, and possibly clueless as well. We would like to assume that such insensitivity is unintentional, although heartless intent to gain attraction is always a remote (we hope) possibility.  In all these cases, what appeared to be at the root was a lack of understanding of context, both historical and current.

As you consider your communications efforts for 2015, here are a few pointers to set you on the road to thoughtful, instead of thoughtless commentary:

Look around.  Take stock of the environment in which you find your posts, your products, or your cause. Take the pulse of others—even if it’s a virtual pulse found in the comments that preceded yours.  And if you’re trying to start a fire on social media, look around first to try to predict whether it’s a fire that warms—or one that could burn the house down.

Wait a minute.  Sure, seconds count in the blogosphere.  But take enough of a pause to assess whether your comment contributes or confounds.

Think of what your mom (or your teacher) always said.  Think about the other person’s feelings.  Do look for ways to foster sensitively.  And insert yourself into the conversation with the reader in mind.

Use your brain. You’re smart. That’s why you’re in PR, right?  So when in doubt, opt for common sense and caution.

While some would say all publicity is good, I would counter, not so fast.  Bad press over bad PR has a funny way of lingering and, like that ugly taste in the mouth, it can be hard to leave behind.

Please share stories you have of a PR blunder to avoid or about a company that successfully overcame a PR blunder.