How to Avoid Good Intentions that Lead to Bad Messaging 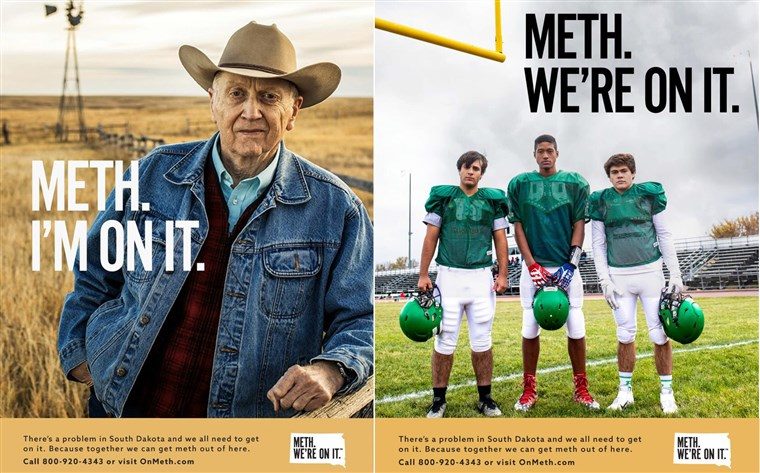 Good intentions are not enough to counter bad and insensitive messaging.  Hopefully, this is a lesson learned by South Dakota’s state leaders and the Minnesota-based ad agency the state hired to launch a new anti-meth campaign.

Taking a cue from Governor Kristi Noem’s remarks during a press conference, in which she remarked, “This is our problem and together we need to get on it,”  the agency developed a campaign featuring farmers, football players, and other assorted kindly faces with the slogan, “Meth, I’m On It.”

They might have been going for a double meaning, as in “we are all part of the solution to meth/even ordinary folks like your neighbors could have a problem.”  But the edgy campaign—with a nearly $450,000 price tag identified by the Argus Leader newspaper—obscures a deeper message and the very real and desperate pain of drug abuse and what we should really do about it.

The campaign created a firestorm on social media, collecting both an avalanche of mockery (“Are you o.k.?”) and intense criticism from those who say it makes fun of South Dakotans,  which then provoked a response from state leadership, including the governor, who say it’s working because people are talking about it. Even for those who believe any publicity is good publicity that might be a reach.

Will there be any ROI for the hundreds of thousands of tax dollars the state spent or will this be another publicity stunt? As one Twitter follower pointed out, “how many meth clinics could have been created with that half million?”

It’s hard to believe the messaging was an accident. So perhaps it was designed to be “edgy, and according to the ad agency “tested well.”  The ad agency is correct—you have to be bold to get attention and break through the fog of messages we all receive every day. But it seems that in a state where the number of 12- to 17-year-olds who reported using meth in the last year is double the national average, there might have been a more respectful and sensitive way to do that.

PR and advertising shouldn’t just be about buzz.  It should create awareness that spurs action. Talk is cheap and it remains to be seen what impact this campaign will actually have on people suffering from addiction. The message that we all need to step up to solve the problem gets lost in the attempt to be cute and cutting edge. The lesson we should all learn is to indulge in a little more care and consideration before we step out to provoke attention.