Beware What You Say in Public; You Just Might Get Fired 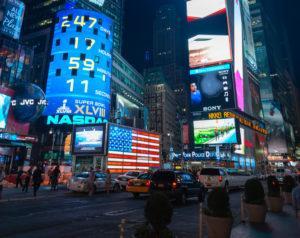 On a hot summer day in 1999, I was driving to a meeting that my boss asked me to attend in his stead.  Traffic was bad. I was late and frustrated that I would not be showing up on time.  I’m speeding along the George Washington Memorial Parkway in Virginia and someone cuts me off. Annoyed, I flipped her the bird.

Satisfied, I kept moving and didn’t think anything more of it – until I got to my meeting and saw that the person who had cut me off and been on the receiving end of my crude gesture was one of the people in the meeting I intended to impress with my professionalism.  She looked me in the eye, relishing my obvious embarrassment, but said nothing. Despite my blush, I, too, pretended that nothing had happened.

I thought of this incident when I heard about Juli Briskman, the former marketing team member at government contractor Akima LLC who was fired for flipping off Donald Trump’s motorcade.  The image of her public expression of her disapproval, snapped with a phone by a reporter, went viral. She’d even posted the photo – without identifying herself – on her own social media pages.  Although the photo didn’t reveal the identity of the finger flipper, or carry any image that could have tied her to her employer, Ms. Briskman decided to give her employer a heads up. She was fired.  Her employer said she wasn’t canned for gesturing, but posting the photo on social media violated an employment code of conduct. It’s a tale that has spurred a fierce debate about free speech, activism, ethics and fairness.

To me, the issue here is about decorum. It’s also about what we do in private vs. how we conduct ourselves in public.  Twenty years ago, when I expressed my road rage, there were no cameras to capture the deed.  We took comfort in the fact that our everyday actions were our own and would not be on view for the entire world to see for years to come.  Privacy, however, is dead.  We must assume that when we are on the street, at work, in the grocery store, or in a taxi, we are on view.  To avoid unintended consequences, we have to think a little harder before we act.

Here are a few rules for this new reality.

The power to communicate, to raise our voices has never been greater for individuals.  And we live in a country that celebrates and honors free expression – until it doesn’t.  Thinking before we post, before we act, before we write and understanding how far our reach might be, goes a long way toward making sure we say our piece and don’t disturb our peace. Or anyone else’s