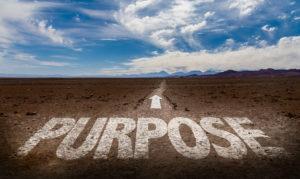 The first time I heard Tony Robbins’ name was watching the movie “Shallow Hal.”  In it, Robbins, playing himself, hypnotizes the main character Hal so that he sees an unattractive woman as beautiful, allowing him to get to know her and see that her true beauty is inside. It changes his life and perspectives and reveals an important truth.

Changing lives is the business that Robbins is in. He’s built a six billion dollar empire doing it.  There are the seminars attracting millions of people, the books that have sold millions of copies, the coaching clients who include actor Hugh Jackman and Grammy-winning artist Pitbull, his philanthropic activity, and his wildly popular TED Talks.

I didn’t really know much about Robbins’ work or philosophy beyond that bit movie part. I wondered whether he was some kind of self-help prophet or a snake oil salesman taking advantage of people’s insecurities and vulnerabilities.  I really wanted to hate him.

Doing some research for my forthcoming book, “The Prism of Value,” I decided to take a closer look at Robbins and his success to make the point that a powerful message that reaches into your soul can move and motivate people to act. When I watched Robbins’ 2007 TED Talk, I began to understand why so many people find hope and possibility.  In that talk, Robbins encouraged the audience to look at what drives them and those around them—to probe deeply inside yourself to understand why you do what you do.  When you understand it, you can change it.  It’s simple and not original, but it offers clarity and a way forward.

He talked about the six needs that people have:  Certainty, Uncertainty, Significance, Love, Growth and Giving.  His discussion about significance helped me put violence into context.  Some people find significance by making money or becoming more spiritual. But if you have no resources, no culture and no connection to people around you, then violence is your ticket to significance.  That is why, Robbins says, violence will always be with us.  A powerful insight.  He also talked about our strong need to understand and be understood. As I listened, I found myself exploring my own motivations and drivers. His insights gave me a new lens through which to filter the world.

Robbins is an engaging speaker and an extraordinary communicator who offers straight talk.  Robbins is able to frame common truths in a fresh and newly meaningful way.  This ability to show people something in themselves they didn’t see before, and offers ways to conquer the fears and uncertainty that hold them back is powerful indeed.  That is his gift.

Like anyone else, Robbins has an ego.  He namedrops on his website the people he has coached, befriended or interviewed.  I won’t spend $2,000 to attend his seminar with 10,000 other people, nor am I likely to buy his books.  But I do appreciate his message and the fact that he has helped so many people to become what they want to be.

There is a good lesson in my newfound understanding of Robbins.  Don’t judge a book by all the comments from famous people on the jacket.  Take the time to read what’s inside.  And don’t let the negatives outweigh the positives that every one of us has to offer.  A good perspective to start 2018.