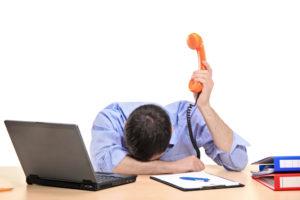 Why it that companies have forgotten that effective communications is the bedrock of great customer service?  Poor communication can turn a loyal, happy customer into an enemy. With the cost of acquisition much higher than retention, companies should think carefully about their engagements with those already in their orbit.

Web hosting company, Bluehost, take note.  Five days ago, they sent me a terse email telling me they are upgrading their server environment, giving just a week’s notice. For a non-techie like me, this is not a trivial matter and will cost me dearly, both in dollars and time to make sure my site will be able to function properly in this new environment.

The issue here isn’t that the company is upgrading, but rather that they communicated so poorly about it, giving their customers short notice and then sending conflicting messages in follow-up calls.  I felt as though I was talking to a computer with every person with whom I spoke.  All they would say is, “It has to be done,” along with vague statements that there might be some wiggle room.  This from a company that prides itself on giving you the ability to talk to a live body 24-7 and get a more personal touch.

The only way to escalate the matter is to send them emails to a special support address with responses that come back exactly like the ones you get when you talk to them.

What’s the message that I took away from this? Bluehost really doesn’t care whether you are a customer or not.  After all, they’ve got hundreds of thousands of others.  That may be true today, but if you keep treating your customers badly, they will go someone where else. Thank goodness for competition.