The Awesome and Powerful Leadership Lesson of the Iguana 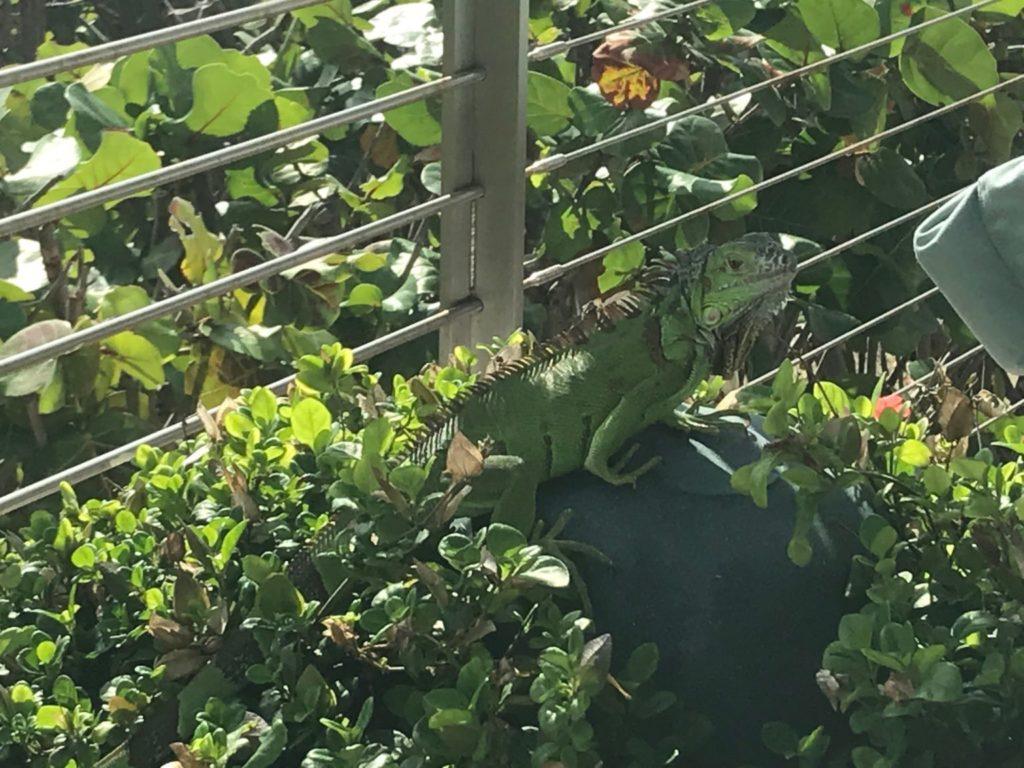 Sometimes the most powerful leadership lessons come from unlikely sources.  For this insight, my teacher was a midsized green iguana.

On a recent vacation in South Florida, this incredibly exotic creature suddenly appeared in a flower box next to my lounge chair by the pool.  My first glimpse was of his long tail. Then I saw the rest of him chomping away on some red flower petals. Convinced that after his meal he would be jumping on me, I leaped out of my chair. To put it bluntly, I totally freaked out. We don’t see iguanas roaming around in the national capital. I just wanted him to crawl back from wherever he came. He had, after all, disturbed my peace. But he wasn’t budging.  And, from my new vantage point at a safe distance, neither was I.

I remember years ago, unbeknownst to my parents, my brother ordered an iguana from a mail order house and when it arrived (while the bro was at a band practice), my mother opened the box and screamed her head off. I could still smell that fear.

But then I asked myself, what did I really know about iguanas? Was my fear justified? I watched him a bit more.  I grabbed my phone and went online to read that the big green lizards are more afraid of people than we are of them. Oh, and they are vegetarians and don’t want to eat me. With that knowledge, I could relax enough to really look at him. And I began to marvel at his beautiful emerald skin. The more I looked (calmly, this time), the more I also could appreciate him for what he was—another creature that was part of an ecosystem that was not to be feared.

My iguana experience reminded me that we, as leaders, are often so quick to judge negatively who and what we don’t know. Rather than taking the time to understand, we make judgments about the unknown and push the unfamiliar away. It’s true of ideas, people who are different from us, and just about anything else we encounter that we don’t immediately recognize or comprehend. It could be argued that eliminating perceived threats is what keeps us healthy and alive.  But it is important to discern what is truly a threat.  And to make that determination requires some effort on our part to seek clarity, understanding and knowledge.

How can we do this?

In these turbulent times, perhaps we should all heed the lesson of the iguana.