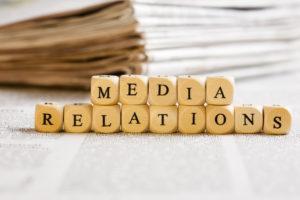 Media relations have never been more challenging. With the speed of communications, the multitude of communications platforms, and the rise of press release distribution services, reporters and editors are simply overwhelmed by the number of pitches and press releases they receive.  And the sad thing is that most of them are irrelevant, poorly written, and otherwise useless. That’s because too many people forget or don’t know some of the basics of media relations and the art of the perfect pitch.  If you want to avoid the delete button for your next pitch or press release, here are a few tips.
1. Pitch something newsworthy.  Sounds fundamental, right? But I can’t emphasize this point enough. Go back to the basics of what defines news: the things that are out of the ordinary or unexpected, the appearance of the famous and fabulous, a first-time event, a tragedy, or a triumph.  A baby being born isn’t news.  A baby born on the highway while the parents are rushing to the hospital is. Your firm’s 20th anniversary by itself isn’t news (unless Bradley Cooper is coming).  Giving each employee 20 hours off to volunteer at a charity and give back to the community that contributed to your success, however, might make for an interesting feature.
2. Write a really good subject line.  Since most pitches are done by email, the subject line is the key to getting a reporter’s attention. A study conducted by the survey platform MailChimp found that the best subject lines avoid the cheesy and instead “tell not sell” what’s inside.  For example, say your company is issuing a report about the fact that monkeys can use computers for simple tasks. The news isn’t that you issued the report but rather what the report says.  Instead of writing of lead sentence that says “Animal Technologies issues report on monkeys and computers,” say “Monkeys like computers as much as humans, according to new research from Animal Technologies.” Keep your subject line short—less than 50 characters is best, say the MailChimp gurus.  And resist the temptation to use all caps.  Many consider that shouting—and cause for deletion before the first word is read.
3. Get to the point quickly.  Remember the 5 W’s and the H (Who, What, Where, When, Why, and How).  Put them in your first couple of sentences. Tell the reporter why the story you are pitching matters and to whom. It’s OK to write a long pitch, as long as your first lines are really compelling and encourage the reporter to want to learn more.
4. Be factual and accurate.   Don’t include information unless you’re sure it’s correct.  And don’t exaggerate.  If you say the company is “leading provider of fill-in-the-blanks,” back up the claim. Avoid puffery and lots of adjectives. If you can provide third-party validation, such as research on your services or a statement from a leading authority saying your new product is groundbreaking, so much the better.
5. Make sure your pitch is relevant.  Too many good stories are buried or lose their opportunity to be heard because they went to a media outlet or reporter who couldn’t care less. (Reporters you’ve worked with in the past could also have been reassigned!). Before sending a pitch, take the time to go to the website and see what the reporter has covered in the past six months or so. Check Twitter or other social media to find insights into the reporter’s interests. Don’t send a reporter who covers banking a pitch about the auto industry—unless your story is about the banking practices that affect the auto industry.
6. Personalize and target.  Sending out mass emails through a mail service is not a media relations best practice. No reporter wants to be pitched what he or she knows you are pitching to the competition. You’re much better off targeting a few reporters who follow your industry or issue. Send individual emails and personalize them by commenting on a story the reporter wrote. That is how you build a relationship.
7. Follow up appropriately.  If you haven’t received a response, send another email or even leave a voicemail message.  Keep it short.  Don’t be a pest.
8. Include links to more information.  If your pitch has been successful, the reporter will want to find out more. Make it easy to find the information with links to your company/organization website as well as your social media channels.
Media relations is an art involving good news judgment, clear writing, and a desire to build a relationship.  If you master these elements, you will find your perfect pitch.
By Liz Wainger|2018-06-13T10:10:10-04:00February 9th, 2015|Categories: Media and Public Relations|Tags: celebrities, communications, corporate communications, Mail Chimp, media relations, Public Relations-PR|0 Comments