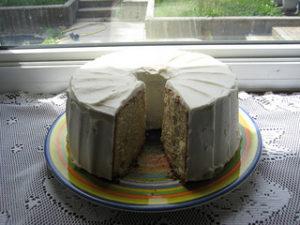 Paula Deen, the doyenne of Southern cooking, had a really good thing going—a strong brand, a loyal following, TV shows, and a multi-million dollar empire of endorsements, cookbooks, cookware, restcookbooksAnd then it all came crashing down.  The downhome butter- and sugar- laden folksiness that was her shtickiness—that is, the distinction that powered her to household-name status—it was also her Achilles heel.

Her efforts to save her crumbling business have failed and she has no one to blame but herself. Food Network fired her and Walmart and other chains dropped her product line.  According to press reports she was actively searching for crisis communications help.  If she got it, it was too little, too late.

In most cases, crisis communications is about starting a conversation about wrongs committed—whether yours or others’, acknowledging failure and harm to those concerned, and then letting your critical audiences know what steps you are taking to fix the problem. Sometimes, it’s as simple as saying, “I was terribly wrong (or ignorant).  I’m sorry.  I want to do something to make sure other people are not hurt like this again.”

Watching Paula Deen’s interview with Matt Lauer was a painful communications failure—more like watching a drowning woman flailing about in a rough sea and gasping for air.  It was the latest in a series of emotional apologies where she seemed to ask for forgiveness without truly owning up to the offensiveness of her speech and actions.  Sadly, her apologies sounded more like regret that she was caught, rather than true remorse.  And while this crisis was about her alleged use of a racial slur and demeaning attitudes towards African Americans, her brand was already tarnished by the way she disclosed her diabetes, the accompanying partnership with a pharmaceutical company, and a stubborn refusal to modify her heart clogging and sugary recipes (she left that to her son to develop his own shtickiness).

OK, so maybe Paula is a product of her generation and her Southern upbringing (one of my Wainger Group associates doubts this, as she and her family are also roughly same generation, Southern-bred).  But instead of sobbing apologies begging for forgiveness, why not acknowledge the hurtfulness of past remarks and try to have a productive conversation about race and respect?  Why not capitalize on the politeness so often associated with Southern-style traditions to have a real dialogue with those she offended.  Some people say leave her alone, she is only a cook.  She’s more than that. She’s a shrewd businesswoman with a lot of shtickiness and she should own up to her flaws like an adult, not a whining child.