Bigger or Louder Doesn’t Make Me Hear You 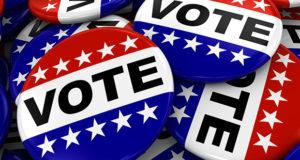 It’s an election year and with the primaries in full swing in my county, my mailbox overfloweth with postcards from candidates. They all look and sound alike with promises of fighting for me, for better education, for jobs, for better health care.  In order to stand out, these political hopefuls are putting their bland messages on bigger card stock. The trouble is, their published shouts that beg for my attention and my vote aren’t working.  Bigger or louder is not better.  It feels as if they are traveling in a land where they don’t speak the language, so to try to make themselves understood, they just say it louder and hope the meaning gets through.

These cardstock messages don’t work because they don’t speak to frustrations or aspirations.  They don’t articulate a vision for what my county, my state, my local schools could be.  They don’t speak to allaying the fears and frustrations of constituents.  They are riddled with “List-Speak,” droning on about their experience or presenting a roster of challenges.   They speak to the what, not the why or how.  They remind me of the problems but don’t show me how they would solve them.  They direct me to their websites, but don’t give me enough reason to invest the time to do so.  And they tell me how good they are, but not why I should care.

I wonder: If these candidates abandoned the platitudes and gave real thought to creating relationships with their voters, could they present real solutions that might indeed break through the clutter?  To be sure, with the lack of trust so evident in our world these days, these candidates have an uphill battle. But in their desire not to offend anyone, they speak to no one.

In the last few weeks we have remembered the legacies of Dr. Martin Luther King, and Robert F. Kennedy, both of whom were tragically shot to death 50 years ago.  These men rose above the noise and inspired people because they connected with us on a deeper level.  Bobby Kennedy prevented violence in Indiana on the night Dr. King was shot by connecting with people in pain. His brother John inspired the space program and a technology revolution by issuing a challenge that was both big and possible. And almost a half century ago, national lawmakers reached across the aisle to unmask local pollution problems and forge support for environmental action. Where is that kind of in-touch messaging today?

The mid-term messages that surround us are transactional—I make you a vague promise, you give me your vote. But they don’t speak to me—or to real movement forward.

So let me suggest that to persuade me, you show me you know me. Let me see that you understand what really irks me or what would make my everyday life easier, more affordable, and more secure. Maybe then, I’ll pay attention. And you can save a few thousands trees that are sacrificing their lives to cardstock.