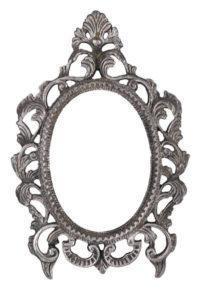 Entering a heavily wooded patch on my morning run, I suddenly saw a furry set of eyes peering out from the trees.  It made me stop cold. I didn’t know what it was, but feared it might be a coyote or fox, both known to traverse our suburban streets, and I really didn’t want to cross its path. Just as I was about to turn around in favor of another route, I saw that the fur had white spots and soon realized that what was hiding in the trees was a fawn and its mother, both more afraid of me than I was of them.

This was a profound reminder to me of the power of framing. It’s a concept that’s critically important to both the words and actions with which you deliver your messages.  When I thought I had spotted a nasty little fox or coyote, I only saw danger and dread ahead, because I associate sharp teeth, meanness, and rabies with both critters.  In just seconds, when I realized it was Bambi and his mom, my whole outlook changed: deer, while a nuisance, conjure up associations with helplessness, friendliness, headlights, and a totally brainless absence of malice.

Framing messages is about more than words.

We approach everything – the products we buy, the people we call our friends, and the causes and issues we support or vehemently oppose through the frames of our own experiences. As a result, we associate certain attributes about everything based what we think we know and what we have directly seen, heard, or felt.  When trying to market a product or an idea, it is critical to understand the frames through which people see you.

All too often in our communications with our key audiences, we throw facts and figures at them as if to demonstrate the merits and value of our products, services, or ideas.  We might bombard them with lists of features that we think are important.  However, no matter how many salient facts, no matter how many lists you make, if what you say doesn’t fit within your target’s frame of reference, they are likely not to hear. Worse, they might have had the chance to absorb your meaning, but instead discount and ignore what you are saying.

A few years ago, I had a horrible experience with Verizon’s FIOS division.  About once every few months, someone calls me offering all kinds of incentives to get me to switch.   And I actually know that FIOS is a better product than the cable service that I have.  But despite that, I won’t even listen.  Because Verizon will forever be framed in my mind in light of horrible experience. I can’t shed it.

As you think about how you can connect more effectively with your customers, clients, donors, constituents, and others, remember the importance of framing and the fact that much of that framing will come, not just from what you say, but what you do and how you behave.